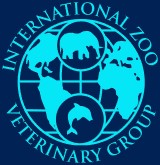 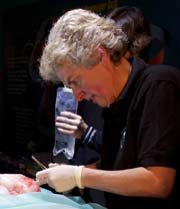 Sue has a zoology degree from Durham University, she joined the practice in May 2000, having previously worked as Veterinary Officer at London Zoo and the Marine Mammal Center, California. Sue became a partner in the practice in 2003 - Sue is a past president of the BVZS and was on BVZS Council for over 10 years. She was the Senior Vice President of BVZS in 2007/2008, was a council member of BVZS for over ten years and was the veterinary advisor to the EAZA Amphibian and Reptile TAG and the UK HerpTAG for many years. Sue is a government appointed Zoo Inspector. In addition to her experience with a broad range of species, Sue has a special interest in fish and lower vertebrates, and is consultant vet to numerous aquaria. Sue is based in Hertfordshire, in the South of England. 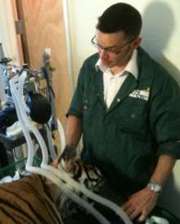 Steve joined the practice in July 2011 and became a partner in 2017. Before he graduated from Cambridge University in 2005, he completed a course in Chemical and Mass Capture in South Africa and spent some time touring the country working with a Game Capture Team. Since qualifying, he has spent 6 years in mixed practice in the South West, seeing first opinion exotics cases. In 2007 he became the approved Vet for Newquay Zoo and provided their veterinary cover for more than 3 years whilst also providing services for Cornish Birds of Prey, Colliford Lake Park and the RSPCA. During that time he also assisted with some of IZVG’s work at Blue Reef Aquarium Newquay. Steve is based in Cambridge, in the South of England. 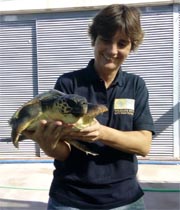 Tania graduated from Universidad Autonoma of Barcelona in February 1998, and spent 4 years travelling the World, working in zoos and conservation projects in Greece, Finland, Argentina, Mexico, the US, and with a whale Photo-ID and whale watching project in Norway. In 2000, she started working as a vet for the Aspro-Ocio group, becoming head of the Veterinary Department by 2002 and Technical Director by 2006. Since 2009, Tania divided her time between working for Barcelona Zoo as Curator for Aquatic Animals, and working for IZVG. Since 2015 she has worked full time with IZVG and became a partner in 2021. Tania is also Chair of the European Association for Aquatic Mammals Veterinary and Accreditation Committee, as well as an inspector for the Association. She is vet advisor for the EAZA elasmobranch TAG and EAZA bottlenose dolphin TAG and a member of the International Association of Aquatic Animal Medicine, the European Association of Zoo and Wildlife Veterinarians and the British Veterinary Association. Tania is based in Barcelona, Spain. 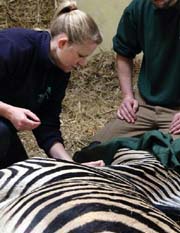 Karen joined the IZVG team in June 2017. She graduated from the University of Liverpool in 2007, having also completed a degree in Veterinary Conservation Medicine in 2005. Karen spent the following 10 years in mixed practice whilst also providing veterinary care to three North West zoological collections and seeing first opinion pet exotic cases. Karen is a List 1 Secretary of State's Zoo Inspector. In her spare time Karen enjoys competing in triathlons and particularly enjoys open water swimming in Scotland and the Lake District. Karen is based in Lancaster in the North West of England. 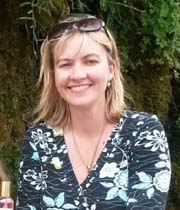 Stephanie joined IZVG in January 2020. She graduated from the University of Queensland in 1998, having spent part of her undergraduate years working with fish, horses and koalas. After stints working for the RSPCA and in private practice she workied in the Aquatic Animal Health Program at Cornell University. In her spare time Stephanie enjoys travelling and bird watching. She has a keen interest in marine conservation. Stephanie is based in the West Midlands. 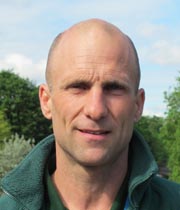 Nic re-joined IZVG in Feb 2021 on leaving ZSL. Nic graduated from the University of Cambridge and attained his Wild Animal Health Master of Science degree from the Institute of Zoology. Nic worked for IZVG previously between 2005 and 2010 then in various guises at the Zoological Society of London, where he was appointed Head of Veterinary Services in 2012, Interim Director of Living Collections in 2018 and Assistant Director of Wildlife Health Services in 2019. Nic has served on the Councils of BIAZA and the British Veterinary Zoological Society, chaired the UK's Elephant Welfare Group and is veterinary advisor for the Asiatic Lion and Tiger EEPs. Nic is also an Honorary Professor at the Royal Veterinary College and a Secretary of State appointed zoo inspector. 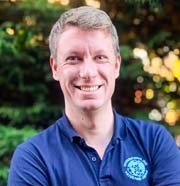 Elliott joined the IZVG Team in 2021. He graduated from Bristol in 2014, having completed an internship in Avian Medicine and Surgery at the Abu Dhabi Falcon Hospital. For the first five years following graduating, Elliott worked in mixed practice, steadily increasing both zoo and private exotic and falconry veterinary work. Between 2019-2021, he established his own mobile zoo veterinary practice, with joining IVZG the natural progression from there. In his spare time, he enjoys mountain biking, photography and falconry. Elliott is based in Norfolk, in the East of England.

Rowena qualified from Edinburgh vet school in 1997 and spent several years in practice before completing the MSc in Wild Animal Health at RVC/ZSL in 2005. After a further year in practice seeing first opinion cases and referred exotic pets, she completed a three-year residency at Bristol Zoo Gardens/University of Bristol, during which she achieved her RCVS Diploma in Zoo Medicine (Mammalian). She became a permanent staff vet at Bristol Zoo in 2010 and was awarded her ECZM Diploma in Zoo Health Management in 2017. In November 2021 she left Bristol Zoo to join the team at IZVG. She enjoys working with all species of animal, and her particular areas of interest include UVB provision and vitamin D, and zoo animal training for husbandry and veterinary procedures. She is the Veterinary Advisor for the BIAZA Animal Behaviour and Training Working Group and for the BIAZA Mammal Working Group Primate Focus Group. She is also the Veterinary Advisor for the Black Howler Monkey EEP. Rowena is based in the southwest of England. 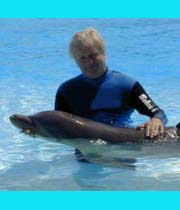 Andrew was a founding partner of IZVG in 1976. An internationally recognised expert in avian diseases and marine mammal care, he is a Specialist in Zoo and Wildlife Medicine of the Royal College of Veterinary Surgeons. Since his retirement in 2019 Andrew has acted as a consultant for IZVG, his forty plus years as a zoo and wildlife vet combined with his wealth of knowledge and experience proving invaluable to the other IZVG clinicians.
Along with the late Dr John Lewis, Andrew founded Wildlife Vets International, for whom he is still Senior Veterinary Advisor. 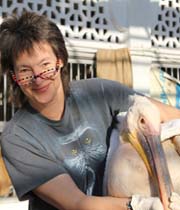 Johanna was born and grew up in Venezuela, graduating as veterinary surgeon from the Justus Liebig University in Giessen, Germany, in 1984. She became the main vet at Loro Parque, Tenerife, 1986-1988, where she helped develop their clinical facilities and looked after the health of over 3000 parrots. Head-hunted by the Zoo de la Casa de Campo, she became Madrid Zoo’s Technical Director and was one of the 8 signing members of what today is EAZA. Johanna relocated to the North of England, where she joined IZVG in 1991. Specialising in avian and reptile medicine and surgery, Johanna offered a first opinion and referrals clinic in Bradford for 30 years, where the majority of her time was dedicated to the medicine, surgery and husbandry of birds and reptiles. She was also involved in conservation projects, repeatedly supporting WVI in the Seychelles and India. Since her retirement in 2017 Johanna has consulted on many cases supporting the current IZVG clinical team. She continues to offer her clinical support and expertise to WVI and the Yorkshire Swan Rescue.

Jo joined the practice in Dec 2019. Jo studied Marine Biology Bsc at the University of Wales and has over ten years in various supervisory roles within the public aquarium industry. Specialising in health and husbandry, Jo brings us a wealth of expertise. 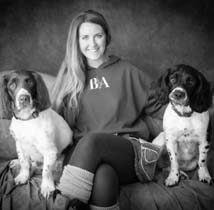 Derek joined the practice in Dec 2019. After serving in the armed forces Derek followed his interest in aquatics and has worked in the public aquarium industry in a variety of supervisory and managerial roles focusing on animal health and husbandry. Derek brings over 20 years experience to the practice. 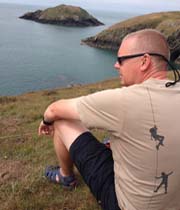 Bryony joined the practice in October 2021. Bryony graduated from University of Plymouth in 2013, with an MSc in Zoo Conservation Biology. She spent time working in various zoo and aquarium collections across the south coast before taking a supervisory position in collection management. She is also particularly interested in animal transport welfare. 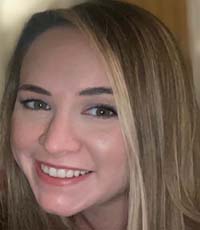 Jo, Derek and Bryony will be particularly focussed on managing the Animal Health Enquiry Form process which is how some of our Aquarium clients receive their veterinary advice.